Unbelievable – When will it stop!

According to the Australian Bureau of Statistics figures released today, Australia’s trend estimate of employment increased by 3,100 persons in November 2016, with: 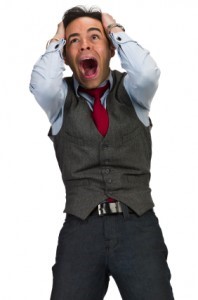 Although the signs are weak, it is not all bad and according to the St George Bank – Financial Markets Associate Director Fay Styles who suggests:

“Employment rebounded 39.1k in November, the strongest monthly gain in a year. The stronger-than-expected increase in November however, followed a string of relatively weak outcomes in previous months. When assessing the broader trend, employment growth remains quite weak. Employment grew 0.7% in the year to November, the weakest annual pace in over two years. The unemployment rate edged higher from 5.6% in October to 5.7% in November, which was largely reflective of more people looking for work. The participation rate edged back up from 64.4% in October to 64.6% November.

Consumer inflation expectations according to the Melbourne Institute edged slightly higher in December to an annual rate of 3.4% from 3.2% previously. Expectations remain well contained” says Styles.