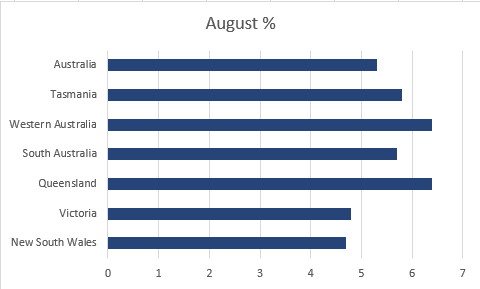 The trend unemployment rate decreased from 5.4 per cent to 5.3 per cent in the month of August 2018, according to the latest figures released by the Australian Bureau of Statistics (ABS) today. ABS Chief Economist Bruce Hockman said that “since last August, the trend unemployment and underemployment rates have both fallen. As a result, underutilisation in Australia was at its lowest level since late 2013, at 13.6 per cent.”