New job ads grew nationally by 2.8% compared to the same time last year, while salaries were up 4%. Find out more in this month’s employment snapshot. 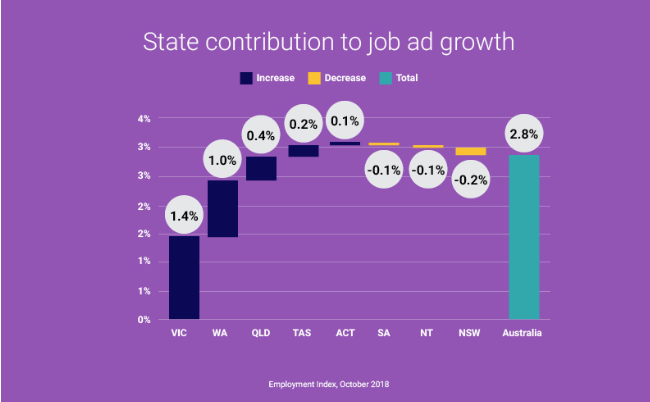 Victoria and Western Australia are driving the majority of growth, with the two states accounting for more than 80% of positive contribution to growth this month. On the other side of the ledger, New South Wales and Northern Territory accounted for 74% and 26% of the drag on job ad growth respectively.

Mining, Resources & Energy continues to lead the way, with the industry experiencing 23% growth compared to the same time last year. This result makes it the 15th consecutive month the sector has recorded the highest job ad growth in Australia.

The table below represents the top five industries that experienced year-on-year job ad growth in October: 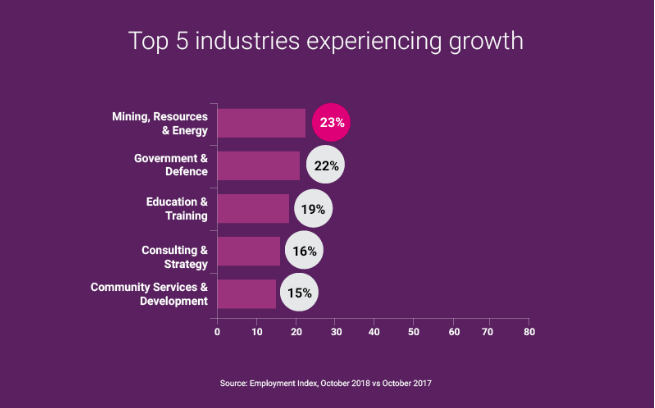 The industries that experienced the greatest year-on-year decline in October are shown below: 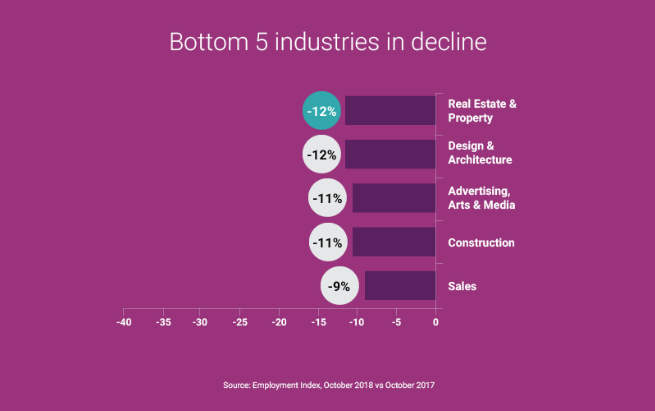 Trends across the country

Nationally, Tasmania led the way in year-on-year job ad growth, with the Apple Isle recording 21.2% growth in October. This was a stable result for Tasmania, which recorded a slight 0.1% month-on-month decline.

Western Australia experienced positive results across the board, recording 12.1% year-on-year growth and 0.9% month-on-month growth in October.

The following map outlines the job ad growth experienced across every region compared to 12 months ago: 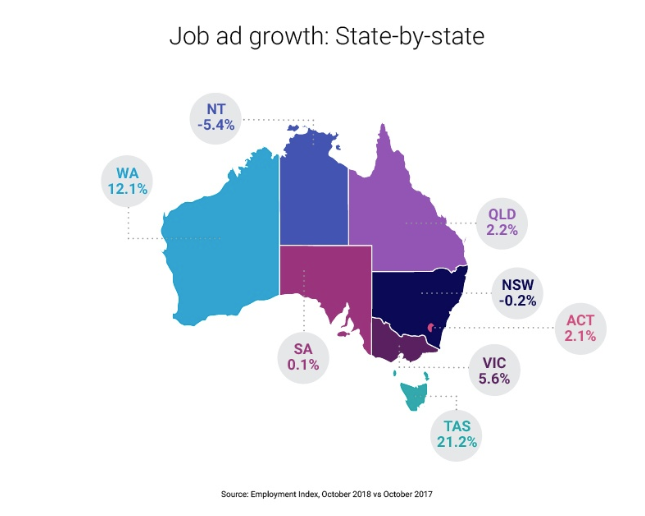 Australian advertised salaries grew by 4% in October, with Western Australia again recording the highest growth of 6.3%.

Mining, Resources & Energy experienced the highest year-on-year salary growth for October at 8.1%, while Insurance & Superannuation was the only industry to record a decline of 2.2% compared to the same time last year.