No real surprise with the national unemployment rate for February 2021 dropping .05pts to 5.8% according to todays statistics released by the Australian Bureau of Statistics. The ABS estimates seasonally adjusted rates for February 2021, in particular the participation rate remained at 66.1%, employment increased to 13,006,900 and the employment to population ratio increased to 62.3%. The national rate is now back to the March 2017 range. 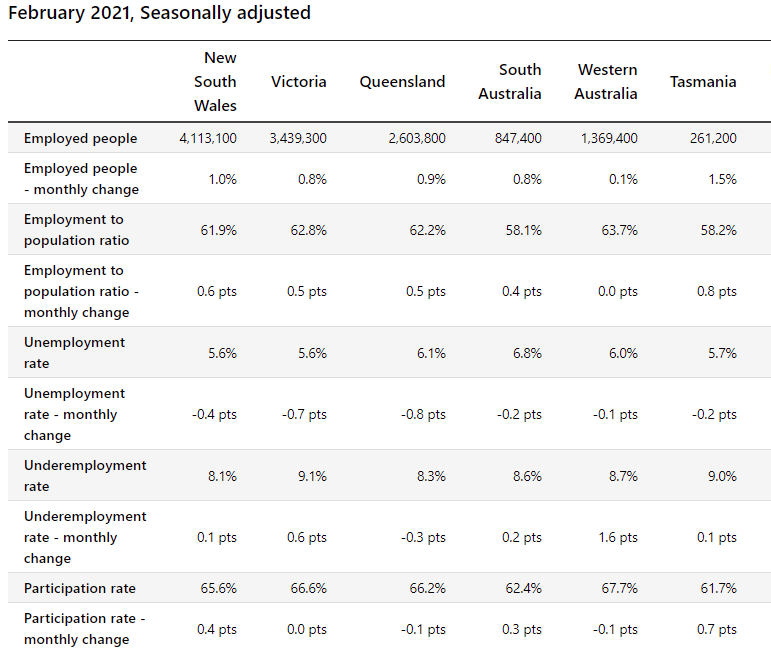 The big winners for February were Queensland and Victoria where the unemployment rate dropped by 0.8pts and 0.7pts respectively. Victoria still has an underemployment rate of 9.1% and recorded no change to its participation rate.

In seasonally adjusted terms, in February 2021, the participation rate:

In seasonally adjusted terms, in February 2021, monthly hours worked in all jobs :